With a climate conducive to growing high quality grapes, the wines at Jackson-Triggs Winery have a distinctive taste and individual character.
A blend of warm and cool weather in Niagara-on-the-Lake, along with effective wine-making techniques have resulted in the premium wines produced at the winery. These are on par with those produced in other top-class wine regions. This is a fact that has been proved with the many Canadian and international awards won by the winery. Jackson Triggs Winery is one of Canada’s most awarded wineries. Awards for its varied range of red and white wines, as well as icewines.
Allan Jackson and Don Triggs founded the winery in 1993. Since then, it has become one of the most recognized wineries in Niagara.
Three major varietals –
The winemakers also collaborate with some Niagara producers to grow other varietals such as:
These grapes are cultivated with care and transformed into premium wines. When you take a sip from your glass, you know that you are savouring high quality wine.
Some of the recent awards garnered by Jackson-Triggs winery in 2016 include:
There are many other accolades as well, something that is a consistent aspect of the winery year after year.
You can tour the winery and enjoy tasting sessions all through summer (May to September) and winter (October to April).
You can also enjoy private tasting sessions, lunch & dinner packages at the winery.

Music is another integral part of Jackson-Triggs Winery. It hosts the Summer Concert Series, held at the amphitheatre inside the property every year. These evening open-air concerts combine great music along with food & wine. Some of the best Canadian performers offer an incredible music experience.
Enhance your evening with a Jackson-Triggs cellar dinner with wine before the performance. You can purchase wine by the glass at the concert too!
For a taste of wines crafted to perfection and much more, head to the Jackson-Triggs Niagara Estate Winery.

Add to your trip
Where 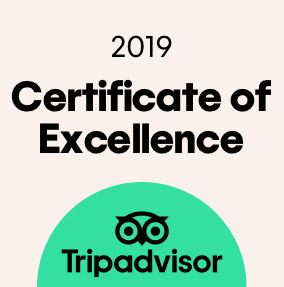 We spent a wonderful hour on a wine tour with Chris, our very well informed guide. He provided interesting anecdotes as well as very informative facts about the winery. He was very responsive to our...

Visited this winery because someone (who goes to NOTL at least twice per year) mentioned it was their favorite in the area. I can see why! Very beautiful place with great wine choices. Purchased the...

I had a private tour with Yvonne. She was very kind and gave me a detailed explanation about the vineyard operations and how they make wine. Also, the facilities are lovely. Hope i can come back for...