I’ll never forget my first encounter with a Chardonnay from Pearl Morissette.

Classical, precise, even daring in its proposition, it gripped me in a way I didn’t expect. One sip and I was transported – not to some far-flung French vineyard, but to a winery down the road.

All it takes is one look across the picturesque Niagara Peninsula to understand why it could be a magical place to discover wine. And as any oenophile (or connoisseur of wine) knows, terroir – the place it comes from – is everything.

A unique combination of conditions – from soil composition and bedrock to weather and topography – can create a distinct wine with its own recognizable set of traits. This idea undergirds much of the wine industry, most famously in France, where land has been scrutinized by experts for millennia, and as a result has become closely tied to quality.

In Niagara, the story is very different. Wine has been made for thousands of years in France, but Niagara is a relatively young wine region that is still coming into its own. The earliest traces of winemaking in Niagara date back to 1820, but it was only in the 1980s, when an influx of enormously popular California wines entered the market, that winemakers started to seek out higher-quality grapes like those grown in Niagara.

The area’s cool climate and short growing season didn’t translate into the richer, higher alcohol styles that were the commercially successful calling card of California, and consumers initially recoiled. Used to the taste of grapes grown in an entirely different terroir with a long, hot and dry growing season, our collective palate wasn’t quite ready for the difference this new place offered, where grapes have to work harder to achieve ripeness. The end result are wines that are more medium-bodied, lighter in alcohol, lower in tannin and higher in acid. In short, the exact opposite of what was popular at the time.

Then Niagara changed course. Winemakers began to embrace the region in earnest, working with cool-climate grapes and making leaner, lower-alcohol wines that were lighter in body, with less of a ripe, fruity character.

Growers found an analogue in Burgundy, home to the world’s finest Chardonnays and Pinot Noirs. Burgundy’s similarly cool climate, along with its varied topography, mineral-rich soils and panoramic slopes, provided a rich road-map for Niagara winemakers to draw inspiration from. Terroir became a feature of, rather than a barrier to, making wine in Niagara.

At Pearl Morissette, one of the most exciting wineries in the Peninsula, terroir goes hand-in-hand with incredibly fertile farmland, which it cultivates to extraordinary effect. Niagara’s distinct terroir shines in the low-interventionist wines, where grapes are grown with as little human involvement as possible, like sparing use of pesticides, encouraging biodiversity in the vineyard, and letting the grapes go where they want to in the wine-making process. All the better to reveal the region’s unique character.

“Niagara’s signature is a certain kind of succulence and lushness across the board with a beautiful kind of spiciness, lifted by a beautifully textured acidity.” says ambassador Svetlana Atcheva. In other words, both red and whites are similarly expressive – linked by terroir. “Does it have to do with geography? Yes. Exactly what parts? We need to investigate more.”

That question has defined the debate around terroir for about as long as wine has been drunk, and it matters differently to different people. For those making wine inspired by Burgundy, terroir is a matter of similarity, winemaking with an eye toward long-established measures of quality, like extended aging in barrels, and malolactic fermentation, which gives wine a “round,” smooth mouthfeel.

For other, more experimental winemakers, terroir simply reinforces the singularity of the land they’re working on, an expression of place that can’t – and shouldn’t – be replicated.

For upstarts like Paradise Grapevine, a natural wine bar in Toronto that also produces wine in Niagara, embracing that uniqueness is crucial to its success.

“Emulating famous regions has fallen to the wayside a bit,” notes co-owner Christian Davis. “There’s a different generation leaning into the fact that we are cold climate, which means high acid, crush-worthy styles.”

Combined with sleek labels and modern marketing, it’s clear that younger consumers also embrace terroir in their own way. Take Rosewood, a winery, meadery and apiary that makes fresh, easy-drinking wines that, with their new millennial-friendly graphic labeling, has found an even greater audience.

They’ll be the first to tell you that the soil in their vineyard is everything. Their farming practices – they invite anyone who’s interested to drop by and learn – are designed to encourage a healthy ecology in the dirt that nurtures their vines, making the most of the only-in-Niagara trace minerals that can make a wine unique – and completely different year-to-year.

Those minerals are thanks to the glacial deposits that make up the mosaic of the Niagara Peninsula, remnants of a two- to three-kilometre thick sheet of ice that covered the region approximately 23,000 to 12,000 years ago, creating the Great Lakes, Niagara Falls, and the geology that makes this a winemaker’s paradise and fruit grower’s dream location. That Ice Age fact is even more remarkable when you know Niagara is on the same latitude as southern France, although the winters there are ever-so-slightly less harsh.

As we learn more about the Niagara Peninsula – and we’re just scraping the surface of this story – it can only deepen our understanding that terroir is more than what’s in the ground. It’s an entire ecosystem of factors that grows ever more verdant with each vintage. 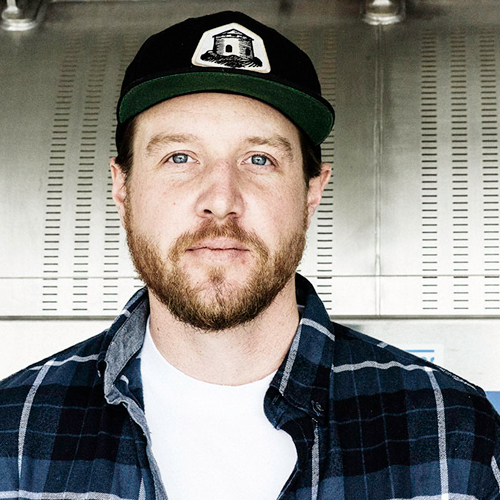 “I really enjoy taking the superfluity out of wine and seeing customers discover a style or taste that they didn’t know about before.” 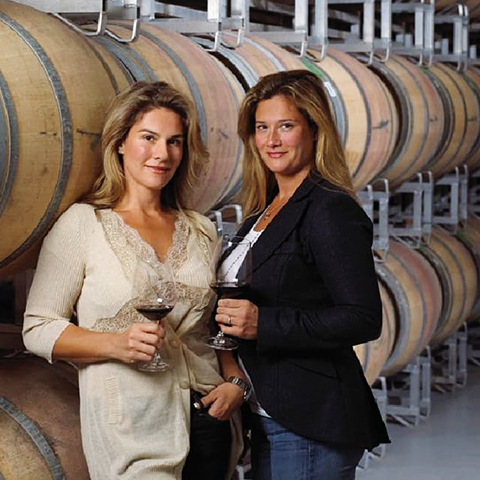 “Niagara is the perfect place to experience with loved ones, family, children or friends. ” 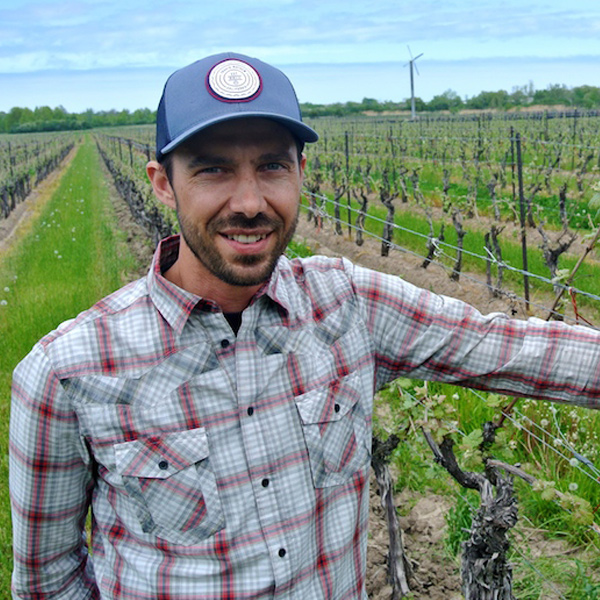 “When the opportunity came to start a very small craft winery to complement our vineyard, I jumped at the chance.”