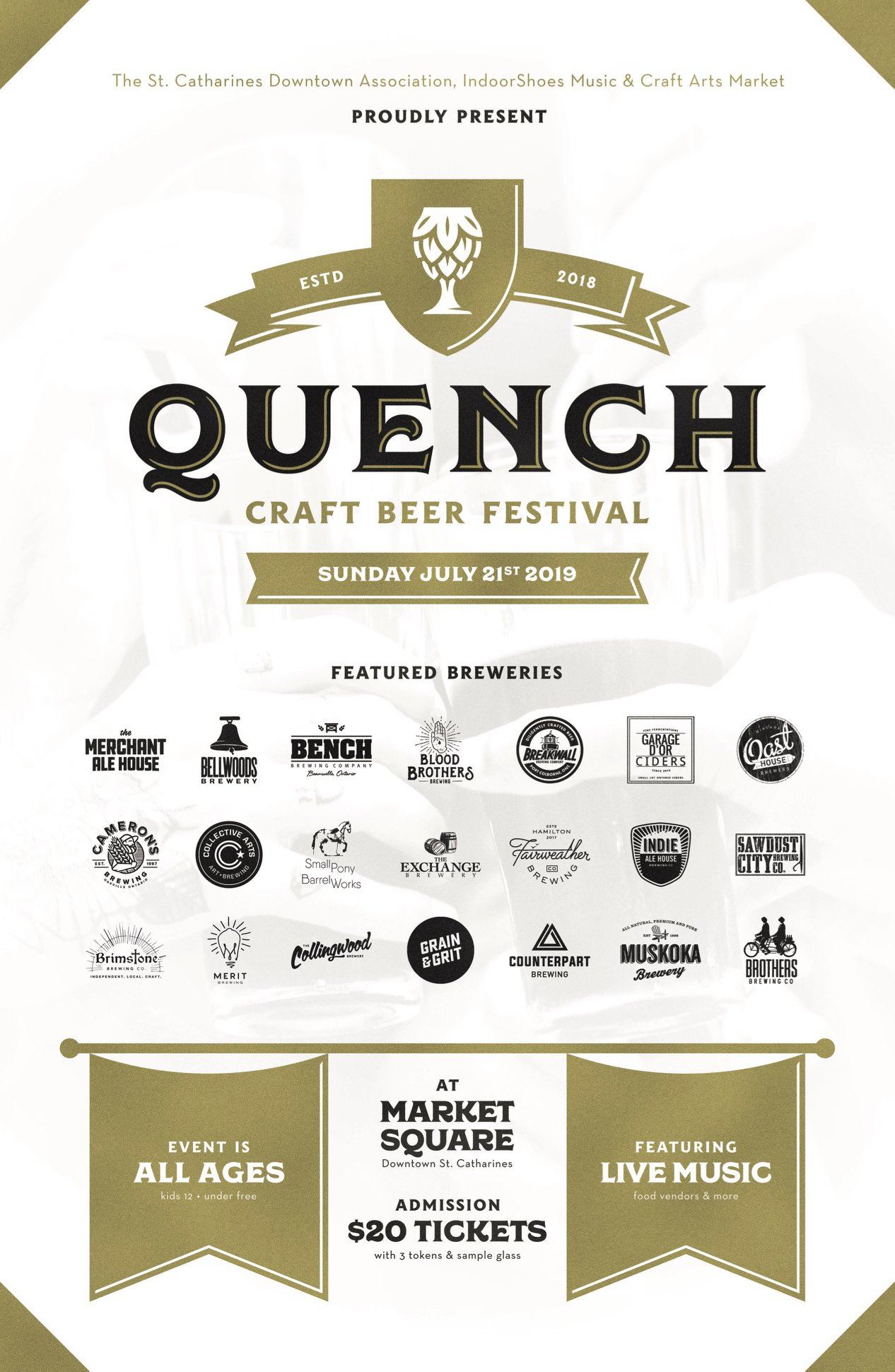 The inaugural Quench Craft Beer Festival was hosted by the St. Catharines Downtown Association on July 15th, 2018 at Market Square, and featured a dozen breweries from the Niagara Region and beyond.

The festival returns on Sunday, July 21st, 2019 with an expanded brewery lineup, featuring some of Ontario’s best craft beer makers: 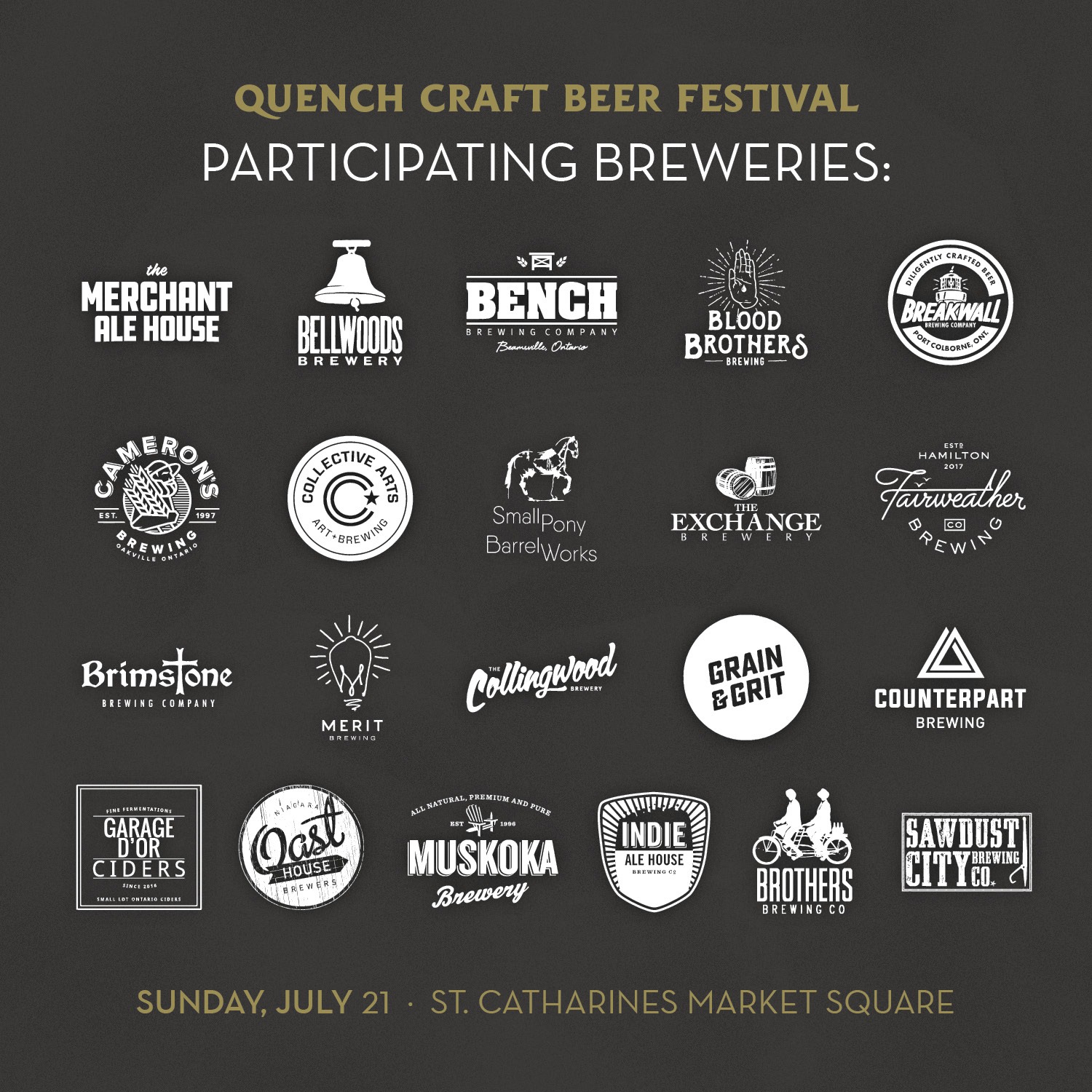